(860) 310-2580
“MOISHE TEICHMAN TO ARTHUR MURRAY: The Evolution of an Identity” with Duby McDowell
This event has passed.

“MOISHE TEICHMAN TO ARTHUR MURRAY: The Evolution of an Identity” with Duby McDowell 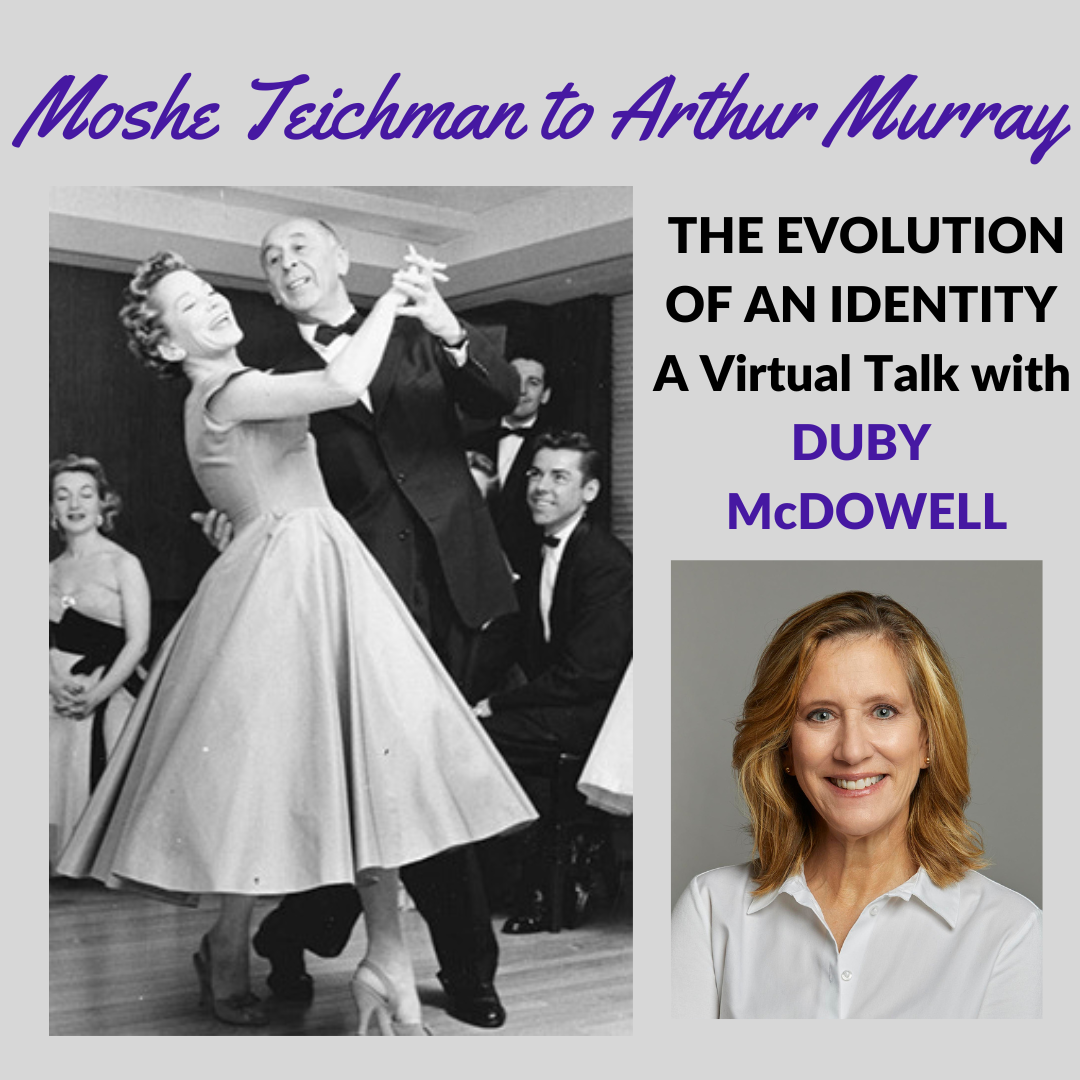 “MOISHE TEICHMAN TO ARTHUR MURRAY: The Evolution of an Identity” with Duby McDowell

“MOISHE TEICHMAN TO ARTHUR MURRAY: The Evolution of an Identity” a FREE virtual conversation with Duby McDowell

Arthur Murray was the world’s best-known ballroom dancing teacher. His 1950s television program, “The Arthur Murray Dance Party,”  brought celebrity status to him and his wife Kathryn.  But few knew he was born Moishe Teichman, son of a poor immigrant baker, and had come to America on steerage like so many shtetl Jews. In this talk his granddaughter, Duby McDowell, reflects on how his Jewish upbringing fueled his success despite his efforts to downplay his origins.

Duby McDowell has more than thirty years of experience in journalism, politics, and public relations. She has been advising clients on communication strategy since establishing McDowell Communications Group in 2006. In 2022, the Hartford Business Journal named her to its “Power 50” list of Greater Hartford’s most influential leaders. Duby was the best-known political reporter in Connecticut for fifteen years and hosted a renowned Sunday morning television interview program which was the first stop for any politician seeking higher office. She also established the influential media blog, The Laurel, which is the go-to source for news about Connecticut journalism. McDowell has served on numerous nonprofit boards, including The Mark Twain House & Museum Board of Trustees. She co-founded the Hartford Region YWCA’s “In the Company of Women” luncheon. Twenty-five years later it’s one of the area’s most successful fundraising events and draws 1,500 attendees. Duby graduated from Harvard University and studied journalism at the University of Missouri.

The 1619 Project – A Lunchtime Conversation Series

The 1619 Project - A Lunchtime Conversation Series