I GOT RHYTHM! A Celebration of Broadway 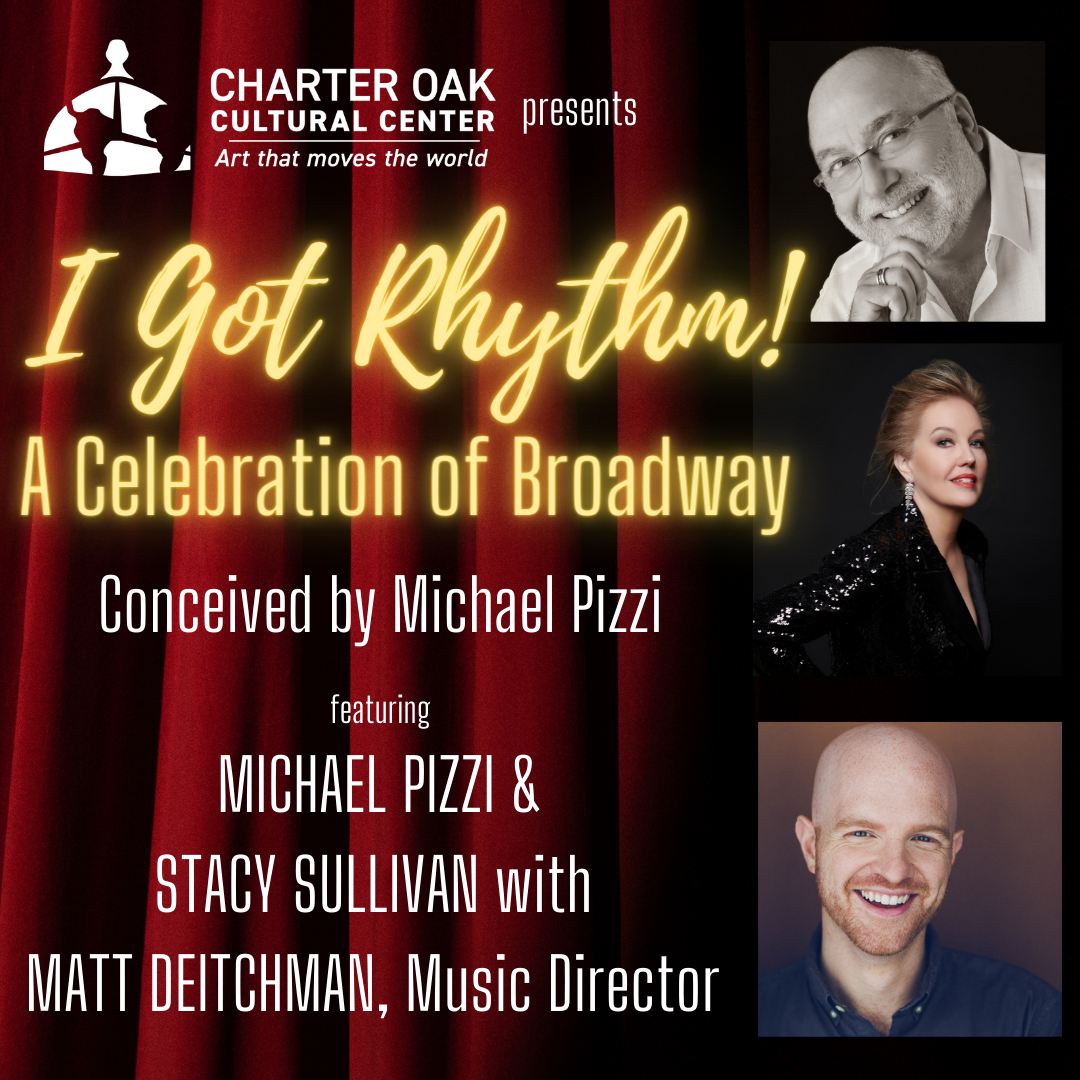 I GOT RHYTHM! A Celebration of Broadway

Producer and actor/singer Michael Pizzi, award winning cabaret artist Stacy Sullivan, and accomplished pianist and music director Matt Deitchman, all from New York City, offer an evening of songs celebrating some of Broadway’s most beloved Jewish composers: The Gershwins, Stephen Sondheim, Rodgers and Hammerstein and Rodgers and Hart. The music and lyrics of these greats of Broadway will transport you, with shows such as Oklahoma, Follies, West Side Story, South Pacific, Crazy For You, Into the Woods, Babes in Arms and many more being represented.

Michael Pizzi got hooked on musical theatre when asked to sing Edelweiss in his first grade Christmas show. Since then, he has performed roles as diverse as Sancho Panza in “Man of La Mancha” (3x), The Baker in “Into the Woods”, Pirelli and the Judge in “Sweeney Todd”, and Fezziweg in Ford’s Theatre’s “A Christmas Carol”. His favorite activity is creating cabaret events like the one you are seeing tonight and for the theatre company he created called Sandhills Repertory Theatre in Pinehurst, NC. He will soon be joined by Broadway actress Gay Willis (Showboat, Phantom of the Opera) along with Matt Deitchman in a show he conceived called “An Evening with Oscar and Steve”, celebrating Hammerstein and Sondheim. He looks forward to creating the Charter Oak “Broadway Series” for the re-opening of the renovation of this beloved space. Pizzi is a also an occupational therapist and created the Special Broadway Camp for kids with special needs to provide them with equal opportunities in the performing arts.

Stacy Sullivan is an award-winning recording artist, film, television and stage actress, most memorably performing the role of Rosa Bud in The Mystery of Edwin Drood with Helen Reddy and Tony award winner George Rose, and creating the role of Sissel Jorgensen in award-winning television series Christy starring Tyne Daly. Her critically acclaimed one-woman shows have played venues around the world, from The Brasserie Zedel in London to The Cafe Carlyle in New York. She is the recipient of the Broadway World, New York Nightlife, MAC, Bistro, and Lamott Friedman Award for her album, It’s a Good Day-A Tribute to Miss Peggy Lee. Her work has been described by The New York Times as “Thrilling,” “Audacious,” and “Compelling.” The Wall Street Journal calls it “Cabaret for Thinking People,” and Clive Davis of The London Times writes, “A commanding, willowy presence, Sullivan captures that rare combination of vulnerability and worldliness.” Sullivan’s seven albums can be heard regularly on Siriusly Sinatra (SiriusXM,) WNYC, United Airlines, The Jonathon Station, and digital media.

Matt Deitchman is a NYC based music director, orchestrator, actor, composer and multi-instrumentalist. His most recent credits include: music director and conductor of newly revamped The Nutty Professor (Ogunquit Playhouse) featuring the final score of Marvin Hamlisch and music director and conductor of Trevor the Musical, which ran at Stage 42 in NYC and now streams exclusively on Disney+. He also works as a regular sub musician and He has worked nationally and internationally at award-winning institutions including: Chicago Shakespeare Theatre, Lyric Opera of Chicago, Royal Conservatoire of Scotland, South Coast Repertory Theatre, Shakespeare Theatre Co. (D.C.), Victory Gardens Theater, Asolo Repertory Theater, Marriott Theatre. For more, mattdeitchman.com, IG: @mattydeitch

There are no other related events at this time.